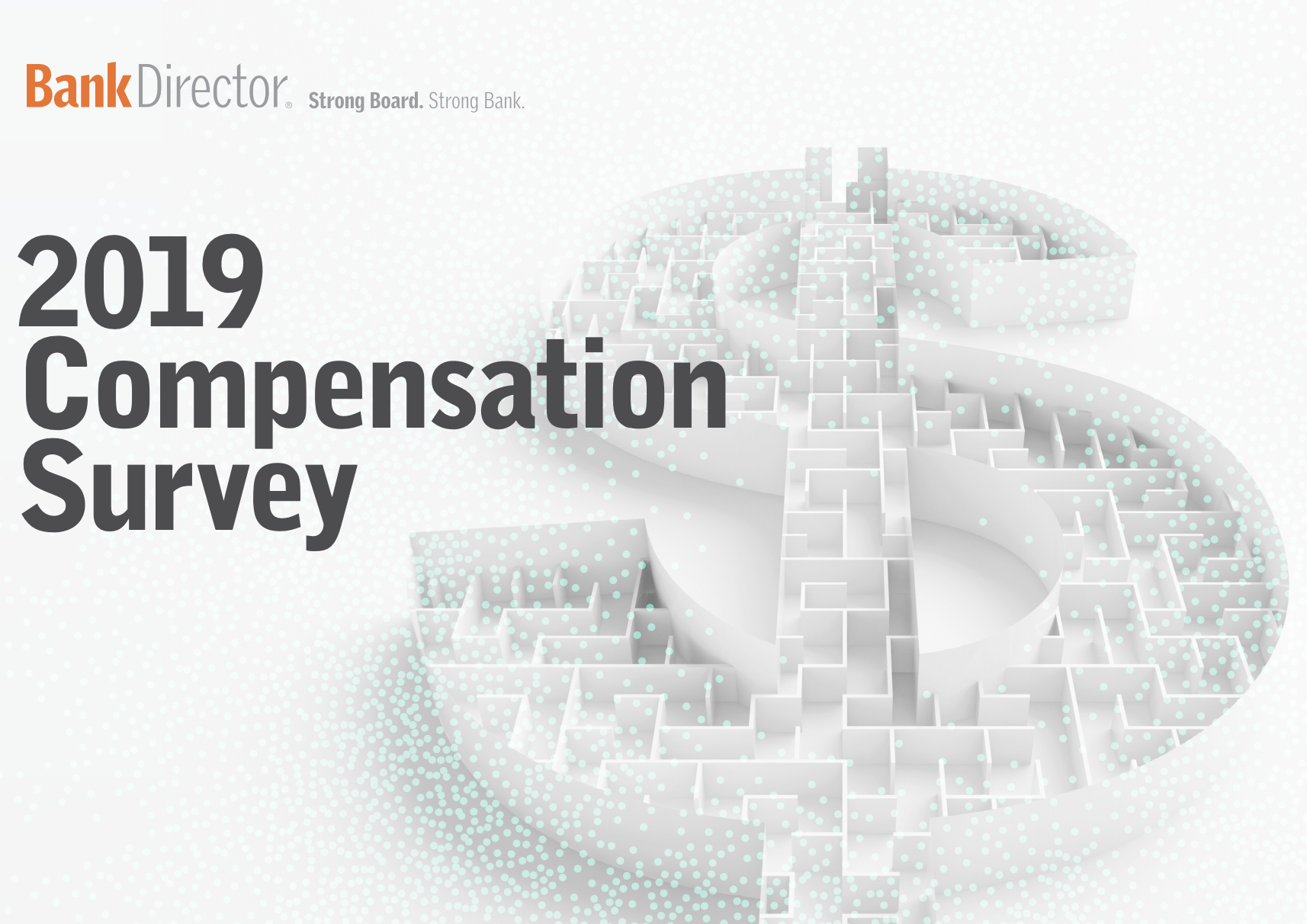 Bank Director’s 2019 Compensation Survey, sponsored by Compensation Advisors, surveyed 348 independent directors, chief executives, human resources officers and other senior executives of U.S. banks to examine trends in director and CEO compensation, and how banks are approaching succession planning and board refreshment. The survey was conducted in April 2019. At the same time, compensation data for directors and CEOs in fiscal year 2018 was collected from the proxy statements of 103 publicly traded financial institutions. Thirty-one percent of respondents represent a financial institution between $1 billion and $10 billion in assets, and almost one quarter a bank between $500 million and $1 billion. Forty-nine percent represent a publicly traded institution. The 2019 Compensation Survey also revealed that Sixty-four percent are located in the South or the Midwest.

Today, more banks are tying their chief executive officers’ pay to performance in – dicators, as indicated by 80 percent of the directors and executives responding to Bank Director’s 2019 Compensation Survey, sponsored by Compensation Advisors. That’s up from 75 percent when Bank Director last posed the question, in 2015.

Most, at 59 percent, tie CEO compensation to their strategic plan or corporate goals.

But the metrics banks prefer vary according to their structure. Public banks are more apt to tie pay to performance—just 8 percent indicate they don’t do so— and tend to favor goals established in the strategic plan (72 percent), as well as metrics such as return on assets (58 percent), return on equity (53 percent) and efficiency (40 percent).

Among private banks, net income is the preferred metric, at 55 percent. Twenty-seven percent of respondents in this group say CEO compensation is not tied to performance.

The survey was conducted in April 2019, and includes the perspectives of more than 300 bank directors and executives—including chief executives and human resources officers—as well as data obtained from the proxy statements of more than 100 publicly traded banks.

It includes details about current CEO and director compensation packages—in the aggregate, and by asset size and ownership structure. The survey also focuses on succession planning and board refreshment.

Respondents indicate that their CEOs all received a salary in fiscal year 2018, at a median of $325,000; the median total compensation was $515,728. Pay – ing a cash incentive (78 percent), and offering benefits and perks (75 percent) are also common forms of compensation throughout the industry. Less common are nonqualified deferred compensation or retirement benefits (49 percent) and equity grants (47 percent). However, payment of equity differs broadly based on the ownership of the bank: Almost three-quarters of respondents from public banks say their CEO received an equity grant last year.